What Is The Relationship Between PCOS, Acanthosis Nigricans, And Healthy Eating?

What Are The Benefits Of Beetroot Powder?

What Is The Relationship Between PCOS, Acanthosis Nigricans, And Healthy Eating?

The female reproductive system relies on a very specific balance of various hormones that are produced within the body including estrogen and testosterone. When these levels are out of balance, your body is not able to function the way that it is supposed to. If this imbalance happens due to an increased level of testosterone, it could result in what is known as Polycystic Ovarian Syndrome, also known as PCOS.

Women that have PCOS are often forced to deal with a wide range of symptoms and problems caused by the disorder. Many women who have PCOS have issues with their skin. For some, that means having acne or skin tags. For others, however, it can be the onset of a skin disorder known as acanthosis nigricans.

The Connection Between Acanthosis Nigricans and PCOS

Acanthosis nigricans is characterized by patches of thick skin that are very dark brown in colour that can be embarrassing for many women. The discolouration of the skin is able to appear on any area of the body, commonly across the back of the neck, which can be aesthetically unappealing and cause many women to feel self-conscious. So what exactly causes acanthosis nigricans? For many women, it is PCOS.

One of the causes that have been linked to PCOS is insulin resistance. Insulin is a hormone in the body that is necessary to convert sugar into energy. When someone has insulin resistance, the hormone insulin stops functioning properly which can cause issues with the entire endocrine system. As a result, a range of different disorders can be developed including both acanthosis nigricans and PCOS.

Because insulin resistance and hormonal imbalance are part of the underlying influences for both POCS and acanthosis nigricans, it is important to note that there are natural remedies and treatments that can help deal with symptoms and even eliminate them entirely.

If you are a woman who suffers from PCOS, acanthosis nigricans or both, changing your lifestyle and utilizing nutritional therapy can have profound effects. With nutritional therapy, an emphasis is placed on eating the right foods in the correct portions at the right times throughout the day. By doing so, you can control the amount of insulin that is produced.

By lowering insulin levels through dietary changes and nutritional therapy, insulin resistance becomes less of a factor which can help clear up acanthosis nigricans and even help control PCOS effectively.

I Healed My Body by following The Rennix Weigh

If you are dealing with PCOS and acanthosis nigricans, it is important to realize that you are not alone. In fact, there are many people out there just like you, and I was one of them. Dealing with both PCOS and acanthosis nigricans was extremely difficult until I found a great way to deal with symptoms from both issues. As a nutritionist that has both disorders, I suffered from symptoms for years, just like you. I was able to heal my body by following my weight loss program created in 2005, The Rennix Weigh. The journey is lifelong. I am proud to say, that I have been able to help, support, and coach numerous women who suffer from these two health conditions. What Are The Benefits Of Beetroot Powder? 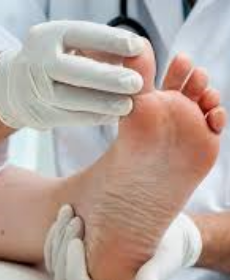 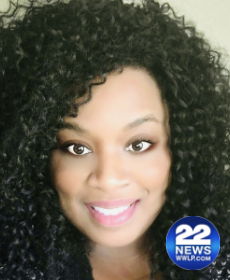